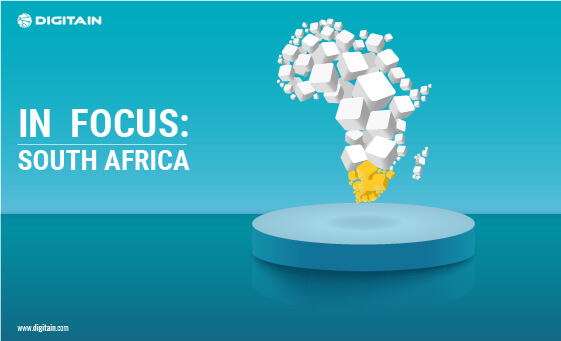 With most of Western Europe’s iGaming industry remaining fragmented, and the United Stated being only at the beginning of approving iGaming on a state-by-state basis, many operators and online gaming software developers find South Africa to be very welcoming to international iGaming brands, while also very hospitable for the growth of local organizations too.

In fact, if we look at regulations, it seems that Africa might have a stronger awareness of tackling issues such as money laundering and other severe links usually found between gambling and crime than most other continents.

There are many reasons why South Africa is in the focus of many iGaming companies. One of which certainly is the fact that almost two-thirds of the population is aged 24 and under, which of the main target demographics.

This presents an immediate advantage for the iGaming companies looking to set up shop. Increased smartphone use is even faster than the adoption of Internet connectivity, which can help the industry gain a better reach and offer its diverse range of mobile games to an even larger young audience.

Industry reports show that Africa and the Middle East have the highest growth in mobile gaming. These two continents has achieved 26.6% year-on-year growth and demand for gaming titles. But iGaming operators must remember that smartphone technology adoption in Africa is still somewhat behind the devices used in the Western world. So operators and iGaming software developers need to prepare themselves for the challenge of tailoring state-of-the-art mobile games to older devices.

Mobile Gaming at the Center

Another reasons why iGaming operators and software providers are turning their attention to South Africa are the nation’s growing economic power and the regulators ability to keep the industry under control. Africa tries to tackle the iGaming jurisdiction head-on by adopting the global best practices and putting them to work for African consumers.

The African countries have great appetite for gaming. Some of the primary gaming destinations include South Africa, Kenya, and Nigeria. But there are also other projects in Lesotho, including the revamp of the land-based casino.

Another important factor are the constantly rising revenue numbers. Back in 2015, the PwC manager for South Africa reported in the annual gambling outlook that revenues are expected to make a substantial rise to R30 billion ($2.17 billion) in 2019. Reports in the following years stated that predictions rose to an even higher number of R34 billion, that shows that the gaming industry is growing faster than expected. But the newest edition of the Gambling Outlook is still not publicly available, there are still no indications on what are the factors that account for the industry’s rapid growth.

Another report – Latest Gambling Stats, by Gauteng Gambling Board, published in November 2018 shoes one indicator that stands out about the others. The number of LPM’s (gaming machines) at registered route operators went up, from 1394 to 2266 machines in April 2017. If the similar trend was experience across all provinces in South Africa, the new sites and machines introduced to the market might be why the predictions for 2019 increased by an extra billion rand in 2017.

Despite the slow economic growth on the continent, gambling revenues continue to rise in Africa. And entering this market is most certainly a smart decision for any service provides, gambling software developer or operator. But they need to keep in mind that sports betting is also very big in South Africa, with cricket and football being the most popular sports.

However, South Africa is a complex market that requires substantial amount of research, information, planning and networking before making the leap. But the operators, software providers and sportsbooks that put down the necessary groundwork can be handsomely rewarded in the years to come.