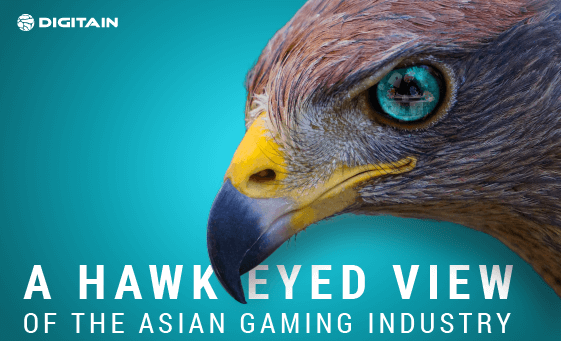 Asia has displayed great progress in improving the gaming industry. Apart from the places that are already established in gambling such as Macau, there are also the countries that are looking to enter the market big time, such as Japan. Let’s take a look at some of the overall state of affairs in gambling on the biggest continent.

The rapid improvement of the Chinese economy resulted in the increasing popularity of the gambling industry. However, apart from the state-run lottery, the only two places where people can actually play casino games in China are Macau and Hong Kong.

Being unable to gamble in mainland China, many Chinese citizens visit Macau which is nowadays considered an important gaming center, similar to Las Vegas.

In fact, the overall annual turnover of Macau is five times bigger compared to Vegas, so it’s pretty clear which area can be considered the gaming capital of the world at the moment.

The Japanese government, led by Prime Minister Shinzo Abe, decided to make a historical change in the country by legalizing the building of three integrated resorts.

According to some analysts, Japan is predicted to be a huge gaming market — even bigger than Macau or Las Vegas. Consequently, a big battle among some of the most significant gaming operators is currently underway, as they are trying to win the affection of the government and receive a licence for building an integrated resort (IR).

The government also needs to select three locations which are the most suitable for IRs, and many variables are in the game right now. One thing is certain — Japan’s untapped market is very lucrative for gaming operators.

Filipinos have an opportunity to play casino games and bet on sports country-wide, as they have a very powerful organization that licenses and regulates the market in the country. The Philippine Amusement and Gaming Corporation (aka PAGCOR) is responsible for licensing casinos in almost every part of the Philippines, except for a couple of special economic zones that have authorities of their own.

Singapore has been one of the gambling centers in Asia for quite some time now, as it currently features ten land-based casinos, a horse track, and a couple of poker rooms and bingo halls. In fact, Singapore — Marina Bay in particular — is home to one of the most beautiful casino buildings operated by Las Vegas Sands, and its name is Marina Bay Sands. Chances are high that you already know what we’re talking about if you’re a gaming enthusiast.

India has a somewhat love/hate relationship with gambling, as it is legal only in certain parts of the country. Although its residents can bet on horse racing and lottery country-wide, they can enjoy other games only in the states of Sikkim, Goa and Daman. It’s safe to say that many operators are in the “grey area”, meaning they are neither legal nor completely illegal, as India struggles to define some games as gambling, according to their current law.

Some countries in Asia, including South Korea and Vietnam, officially banned gambling, yet they offer casinos and other gambling facilities for foreigners. In other words, if you visit South Korea, you will be able to play casino games legally, but South Korean citizens will not.

The majority of Islamic countries completely banned gambling. These are mainly Middle Eastern countries such as UAE, Kuwait, Qatar, and more. Even if you are just visiting, you will not be able to find any casinos or sportsbooks there, and will probably be prosecuted for taking part in any kind of illegal gambling activity.

In other words, some countries do not focus much on this type of behavior of their residents, meaning that people residing in those countries are free to play games in online casinos. On the other hand, certain states (especially the Islamic ones such as the UAE) pay a lot of attention to this “issue,” banning any type of gambling content, including online gambling.