The Legality of Online Gambling In Russia 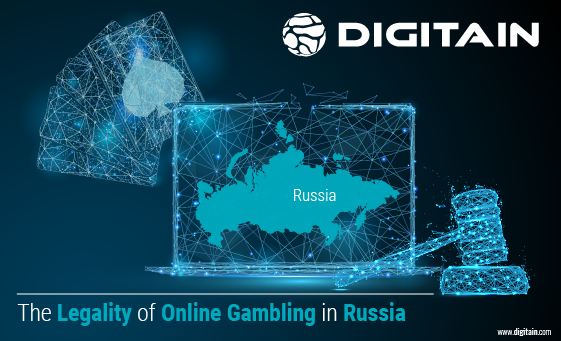 It goes without saying that betting laws, rules and regulations vary for different countries. Different betting regulatory bodies also govern specific regions in some countries. However, the reach of the body’s authority is not always clearly stated, and leaves a lot of confusion to where gambling and betting are legal and where they are not. There’s no such issue in Russia though since gambling laws are pretty clear. Yet, betting is mostly illegal in Russia.

Gambling and Betting Laws in Russia

Online gambling is completely banned in Russia and all online betting activity by Russian citizens is deemed illegal. Additionally, land-based gambling is illegal in the whole country, except in four regions. In spite of the ban, Russians still gamble online with offshore operators. Yet, it doesn’t appear that it is likely the gambling legislation is about to change in the near future.

In the period from 1928 to 1989 all forms of gambling were banned in the Soviet Union. But the tight grip was starting to loosen. In 1988 when slot machines were legalised in certain locations, then in 1989 all gambling and betting became legal on the whole territory.

As a result, land-based casinos started to open. By 2002, there were over 50 casinos operating in Moscow alone. As gambling’s popularity kept growing, the government felt necessary to control the situation. And in 2006, they voted on a law that prohibits all online gambling and betting. In spite of the ban, most gambling sites still welcomed Russian customers since they were one of the most enthusiastic online gamblers.

A few years later, in 2009, the Russian government decided to restrict land-based gambling too. The offline betting and gambling establishments that didn’t comply with the new Russian law were closed. Moreover, sports betting and casino gambling was only allowed at bookmakers and casinos working and operating in four Russian regions: Kaliningrad Oblast, Krasnador Krai, Altai Krai, and Primorsky Krai. Gambling and betting was banned in the other parts of the countries, which is still the case today.

Three years later, in 2012, the Russian Supreme Court took gambling prohibition a step further. This new decision stated that Internet providers must block all sites operated by online gaming and betting operators in order to make it impossible for Russians to access them. Additionally, a special regulatory body called Roskomnadzor was created. Its purpose was to track down illegal online betting activity and listing all illegal betting sites for Russians. This ruling was against the beliefs and policies of Russian Internet providers so they objected this law vehemently. However, the government’s stance was clear, and they threatened they would revoke the Internet provider’s licenses if they didn’t comply.

As expected, online gambling and betting operators closed their virtual doors to Russian players. But there are some operators that continue to provide services to Russian customers, and interestingly enough, the government hasn’t taken any steps to block these financial transactions.

The Reality of Online Gambling

Russian laws regarding gambling and betting are very strict, and it’s clear that you are breaking the law if you choose to gamble online. There’s also a debate whether poker should fall under this law since it’s a game of skill and not a game of chance, but sports betting and casino games are clearly illegal. However, despite the heavy restrictions, the real picture shows that online betting continues to be one of the favorite part-time activities for Russians.

This is due to the fact that the Russian government is more concerned with identifying and penalizing illegal betting and gambling operators than with individual players. Online gamblers who bet and play online don’t seem to be of interest to the Russian government. This is clear due to the fact that betting transactions between Russian citizens and offshore betting companies are still possible and continue to go through even though they are officially considered illegal activity.

Roskomnadzor is still actively blacklisting new sites, and their infamous list of forbidden online betting and gambling sites is constantly updated with new arrivals. Now, it includes even some of the most famous sites, such as Poker Stars. But the Russians who were using the Poker Stars app before the ban came in force can still use the site’s services.

Truth is, even though gambling and betting are considered illegal, Russians can still place wagers and gamble online if they find a way to do so. They will probably not be stopped, nor legally sanctioned for their actions. It is estimated that around 65% of betting in Russia is done illegally and most of this illegal activity is done through illegal online betting sites.

For the time being, domestic operators are prohibited from offering online gambling services, and Internet providers are required to block gambling sites. Unfortunately, we are not optimistic that the strict anti-gambling laws in Russia will change any time soon. But we keep our fingers crossed.