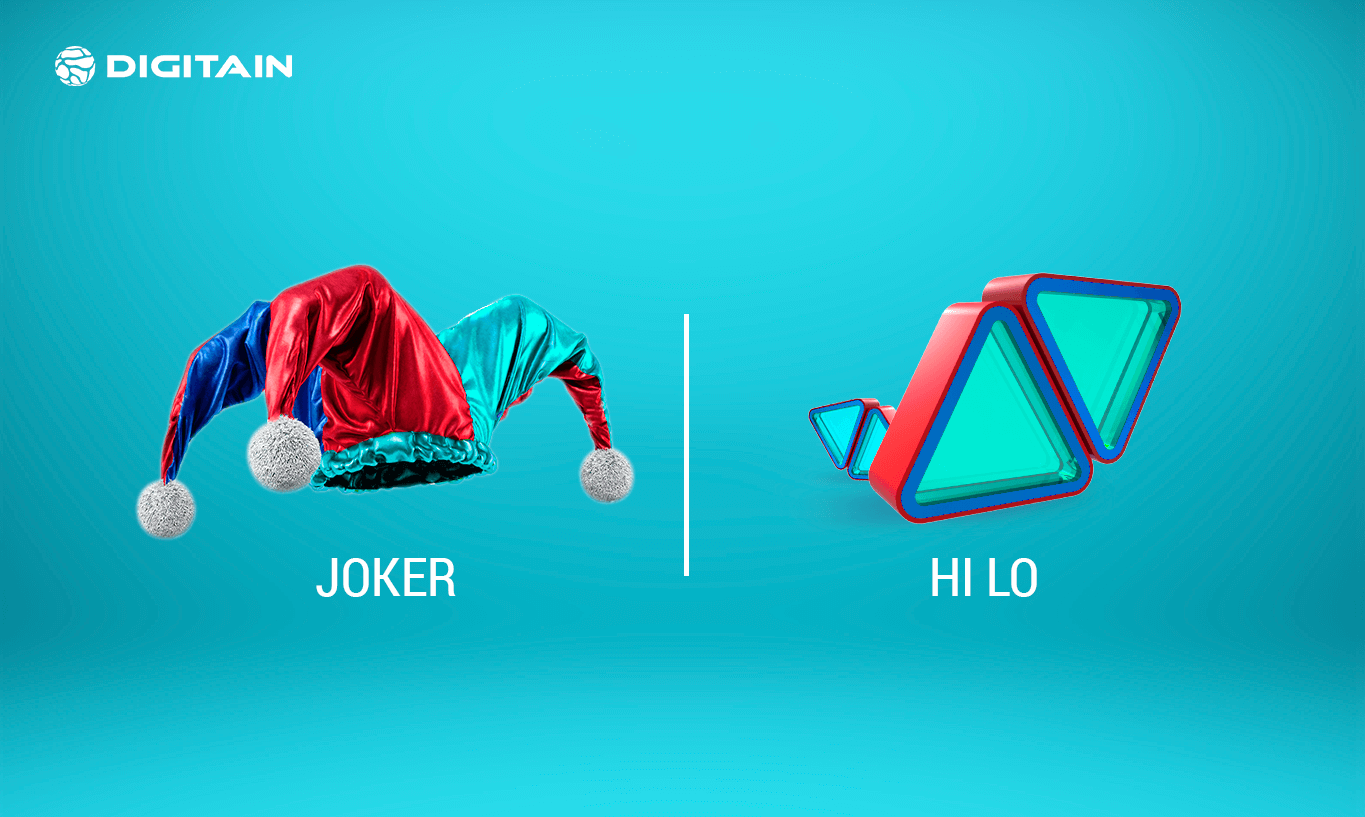 Digitain is pleased to announce the addition of two new games to its expanding gaming content portfolio for your players.

Joker is a popular two-player and highly engaging game which is played using a deck of 36 cards. The seniority of cards in the suit – 6, 7, 8, 9, 10, Jack, Queen, King, Ace. 34 + 2 (Joker), six clubs and six peaks are removed, and instead of them, jokers are used during the gameplay.

The game can be played in two versions: The Short Game consists of two stages. The stage comprises of 4 hands of 9 cards each. Thus, the whole game includes eight hands (changes). The Classic Game consists of four stages. The first stage consists of 8 deals, and the number of cards given to each player is increased by one from hand to hand (change) (1st hand – 1 card, 5th hand – 5 cards, and so on).

Hi-Lo is a progressive game which allows players to have the opportunity to join the game any time. The game is fast-moving and highly engaging for players looking for instant gratification. During the game the player needs to choose one of the nine outcomes (options) of the game, enter the bet amount and make a bet, which allows multiple betting opportunities.