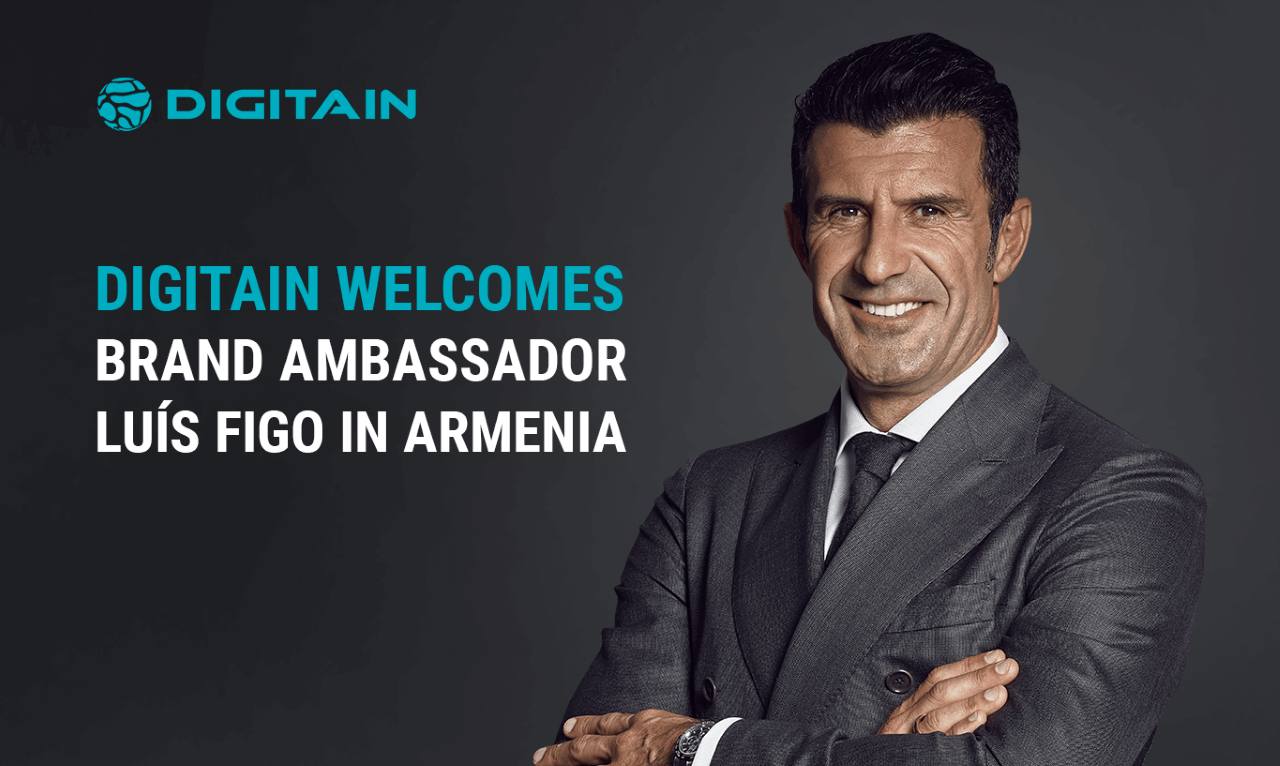 The international football icon Luís Figo’s visit to Armenia and Digitain’s headquarters in the role of the company’s Brand Ambassador on the 30th of August was undoubtedly a remarkable occasion that resulted in quite an eventful day packed with unforgettable moments.

The morning kicked off with the legend’s arrival at the Digitain offices and a meet-and-greet stroll around the building’s eleven floors, where Figo, alongside Digitain’s management, was welcomed by hundreds of representatives from each of the company’s departments. The hero of the day signed numerous Figo-7 T-shirts for the excited employees, most of whom happened to be his long-time fans. With selfies taken and heartfelt words said, it was time to move on to an exclusive press conference.

The highlight of the afternoon was the eagerly anticipated friendly football match. Evidently set to enjoy the game under the Armenian sun, Figo, who played for the Digitain team, demonstrated his specific mastery by contributing 5 assists and scoring 3 goals, eventually ending the match with the 8:4 result.

Filled with warm-hearted conversations and exciting discussions about the future plans, the entire day was clearly another significant milestone in the Digitain-Figo ongoing collaboration, with more surprises and plans in store.